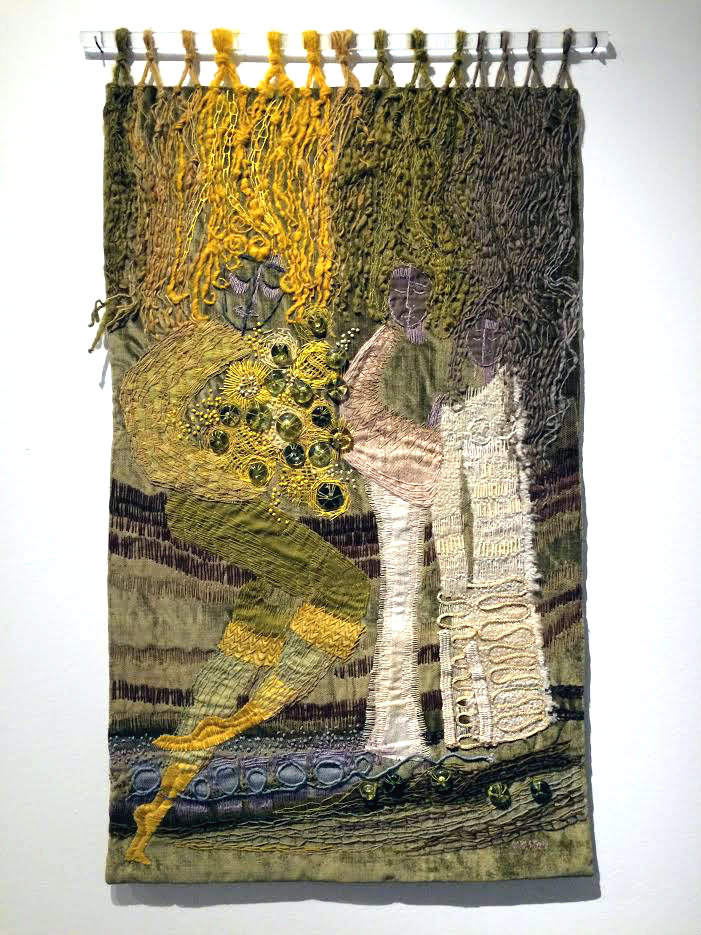 The early history of the Art Gallery of Greater Victoria and the formation of the permanent collection has been the subject of many past exhibitions at the Gallery. At the center of these stories is Colin Graham, the AGGV’s first Curator and Director, whose enthusiasm and vision was critical in establishing the Gallery as a focal point in Victoria’s fledgling visual arts scene. The exhibition Moving Forward By Looking Back: The First 30 Years of Collecting Art at the AGGV examines how the collection was formed, by whom and for whom; and looking into the future, what the collection stands for as the Gallery considers its revitalized future with The NEXT Gallery.

Chief Curator, Michelle Jacques, took her inspiration for the exhibition from Colin Graham’s unpublished memoir “Moss Street Years Or Three Decades of Controversial Hangings”, written in 1981. The manuscript is a fascinating read that departs boldly from the genre of non-fiction historical documentation. Graham’s research was gathered from contemporaneous anecdotes and critical interpretation of available documentation and gallery records.

At the outset, Graham makes it clear that Victoria, as a capital city, was painfully slow to establish a cultural presence in the form of a gallery, citing several occasions in which short sightedness led to missed opportunities. Just as the establishment of an art gallery was far from the top priorities of the city’s officials in the late 19th and early 20th centuries, patronage for the arts was also sorely lacking, with Victoria’s culture tending more towards a “form of elegant entertaining”.  Victoria’s taste for art appeared to cling nostalgically to the previous century at the time when Colin Graham was employed at the Gallery in 1951. He alludes to this conservatism in the subtitle of his memoir – “Three Decades of Controversial Hangings”.

As an educator in the early years of his career, Graham set out to expose the community in Victoria to new ideas of modernist and international art through ambitious exhibitions, gallery tours and studio classes for adults and children alike. “Moss Street Years” also documents the relationship that Graham maintained with collectors and donors, as well as the Women’s Committee that helped fundraise for acquisitions for the Gallery’s permanent collection.

It is through the permanent collection built up in the first three decades of the AGGV’s existence that Moving Forward By Looking Back is based on. The show explores the relationship Graham had with private collectors and their tastes in art which, in turn, helped to propel the Gallery’s acquisition policies. The selection for the show stemmed from a process-driven approach.  Michelle took into account the acquisition chronology, the condition of the artworks and their significance to the Gallery’s early years. Most of all, she considered Graham’s early collecting policy. He states in his 1981 memoir:

“We decided to give precedence to the purchase of work by leading Victorians. Next in order of priority came mainland British Columbians, and after that the rest of Canada.

We felt it important that Victorians have an opportunity to study the work of the leading 20th century masters. Since on our budget it was impossible to buy their paintings, we decided to have them represented by their etchings and lithographs.

I did not want the gallery collection to be confined by a Europe-centred view of human culture and hoped it would be possible to have as many civilizations and cultures represented as possible.”

With this policy in mind, it makes sense that a wide variety of artworks were selected for the exhibition, even if they were unrelated stylistically, geographically or chronologically, except for the fact that they were all acquired by the AGGV within its first 30 years of existence. The exhibits include Inuit sculptures, pre-Columbian earthenware, oil paintings, prints by Old Masters, watercolours, textiles, First Nations artworks and Japanese prints, among others.

Hanging the exhibition proved a challenge for the curatorial team. Michelle experimented with a chronological hanging, but eventually settled on grouping the artworks by type, to offer a sense of diversity in the collection and the complexity of the acquisition process. It is hoped that through the exhibition layout and the text panels provided, viewers will get an idea of what Colin Graham was like and what he was up against in establishing an art gallery in Victoria in the early days.

Included in the exhibition are re-strike prints by Rembrandt and Goya, although it’s not clear when the re-strike was done. This brings up questions of the importance and inclusion of re-strike prints made after the artist’s lifetime. Grouped together with the European prints is one of the most important Inuit artworks in Canada, The Enchanted Owl by Kenojuak Ashevak, a Canadian pioneer of modern Inuit art. This print was acquired through funds raised by the AGGV’s Women’s Committee which was formed in 1952. The Women’s Committee played an essential part in the Gallery’s founding, organizing activities that raised funds for the acquisition of nearly 600 works. The Committee evolved over the years and is now known as the Associates of the AGGV who continue to lend their invaluable support to the Gallery’s exhibitions.

In relating one artwork to another, Michelle was also careful to group together pieces that shed new light on the way the Gallery’s permanent collection, however diverse, can be viewed as a whole. A print by renown Japanese master printmaker Katsushika Hokusai is hung together with a woodcut print by Walter J. Phillips. Phillips took inspiration from such Japanese prints for many of his works. This direct correlation offers an alternative interpretation to the linear art historical canon, making it more relevant to viewers in today’s world.