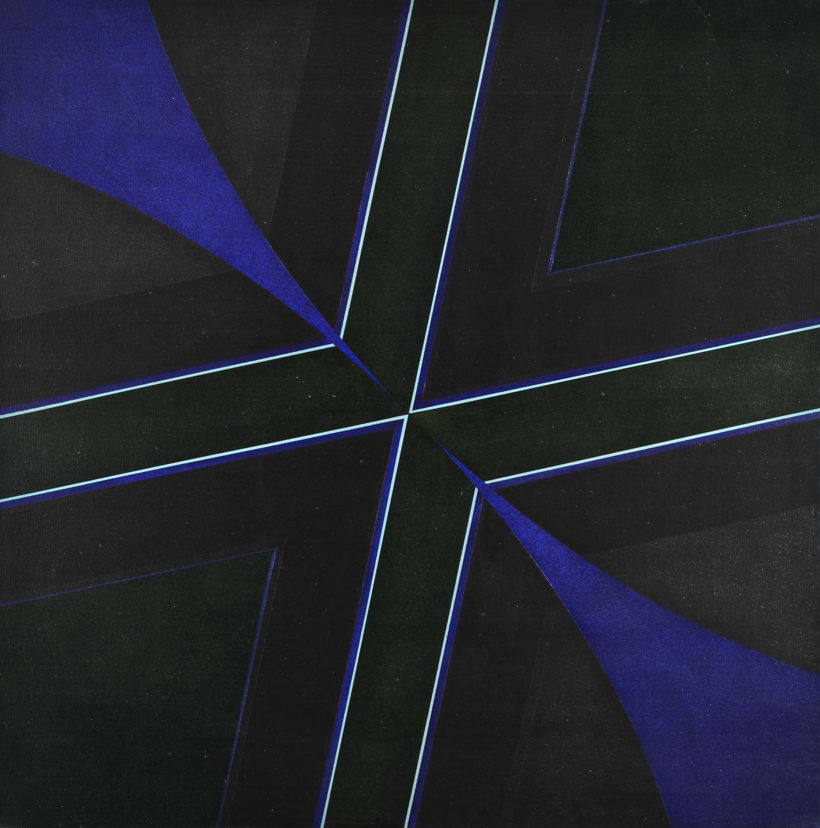 “Perhaps mine is “environmental” sculpture, rather than geometric…I have never made anything not closely connected with the human being and his environment. Man and his longings, desires, his dwellings, the thresholds he passes over and his places of worship concern me; people, buildings, entrances through which people go in, come out; and the apprehension, the pleasure or the peace that accompanies these acts. Passages may suggest revelations of the unknown, and black holes refer possibly to far recesses of the mind.” ~Elza Mayhew

Critics such as Clement Greenberg, whose words dominated the way modernist art of the 1960s was interpreted, saw geometric abstraction as an expression of the purity of painting in which all extraneous content had been removed in favour of a focus on the properties that were inherent to paint on canvas, such as form, colour, line, the flat surface, and the shape of the support.

Beyond the Edges: Art + Geometry is an exhibition that questions these dominant Modernist art histories. Instead, it favours cross-cultural and cross-temporal explorations of the possible meanings of geometry in art, and looks at the use of geometric vocabularies by Canadian artists working in the modern and contemporary periods. With an emphasis on artists of the West Coast, Beyond the Edges features works from the collection by such figures as Lawren Harris, Jan Zach, Elza Mayhew, B.C. Binning, Roy Kiyooka, Rita Letendre, Takao Tanabe, Jacques Hurtubise, Robert Davidson, Susan Point, Waine Ryzak, and Luanne Martineau.