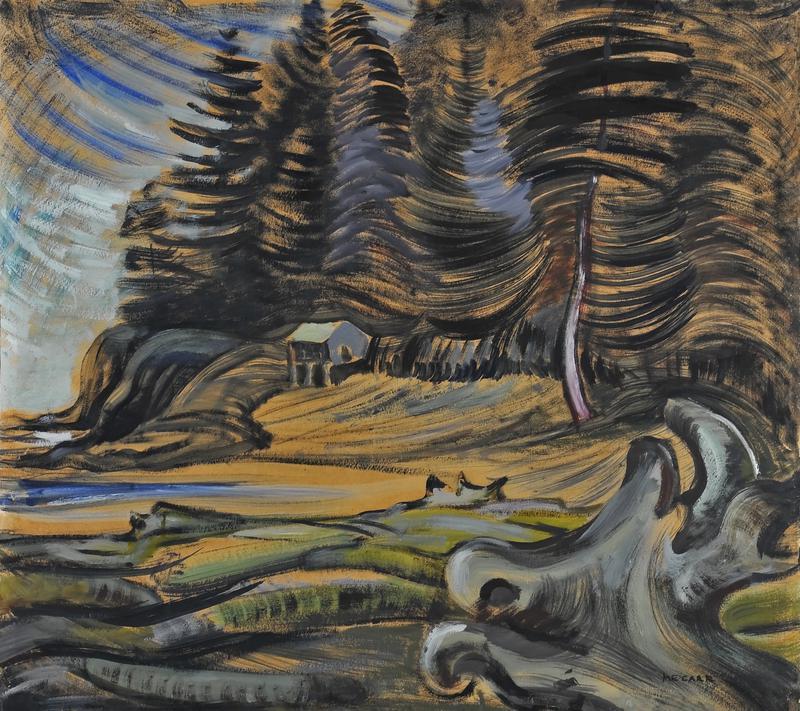 The varied land and seascapes around Victoria have provided inspiration to artists for hundreds of years. From tranquil Garry Oak meadows to reverent views of the Olympic Mountains in Washington State across the Juan da Fuca Straits, from grand stately homes to the busy streets of Downtown, nearly every aspect of B.C.’s provincial capital has been captured in artworks in the AGGV Collection. Can you identify where these locales are in the paintings, drawings and photographs below? Scroll to the end for the answers!

2. Thomas Bamford painted this view well before the first homes in Oak Bay were built. Standing atop Gonzales Hill afforded the artist this magnificent view of this snow-capped volcano situated in Washington State. What is the name of this distinctive mountain that seems to follow the seeker all along the eastern coast of the Peninsula?

3. From Downtown Victoria, head east along this busy thoroughfare to the Art Gallery of Greater Victoria. Sometimes referred to as “Antiques Row”, this etching sheds light on the early construction work of building the quaint shops that line this fine street. What is the street name?

4. This historical fishing and maritime hub is situated near the northern end of the Saanich Peninsula, the perfect jumping off point to prime fishing spots around the Canadian Gulf Islands and the American San Juan Islands. Where is this?

5. This idyllic countryside set within a quiet waterway inviting boaters and swimmers into its calm waters is, in fact, very close to the centre of Victoria. The pastoral landscape painted in the late 19th century is a far cry from what this location appears today where industry is now the main land use. Where are we?

6. Victoria’s streetcar transportation system was first established in 1890 with tracks that eventually expanded and connected the downtown core of Victoria with Esquimalt to the west and Oak Bay to the east. After the Second World War, the BC Electric Railway removed the tracks and its fleet of aging streetcars, and replaced the system with electric trolley buses which ran until 1961. The etching above depicts the Tolmie electric trolley shelter; what is the building behind the shelter?

7. Our last quiz question: what is the location of this abstract work by Herbert Siebner? It is the most photographed area of Victoria. not least because of the remarkable water views and impressive buildings. This oil painting must have been the quintessence of Victoria for Siebner who made this painting as a time capsule and a love letter to the city he called home. Scroll down to the end to view the reverse of the painting. 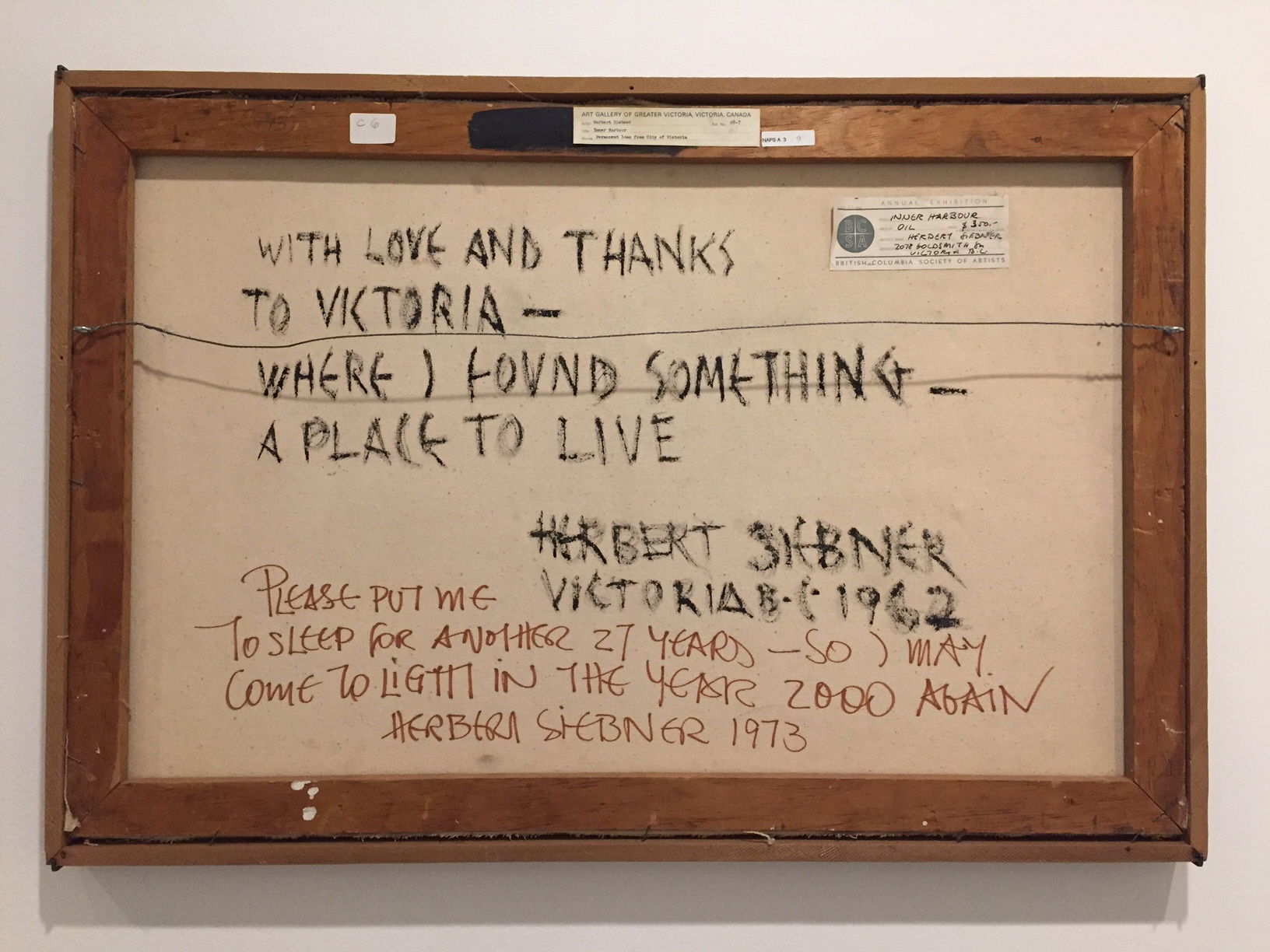