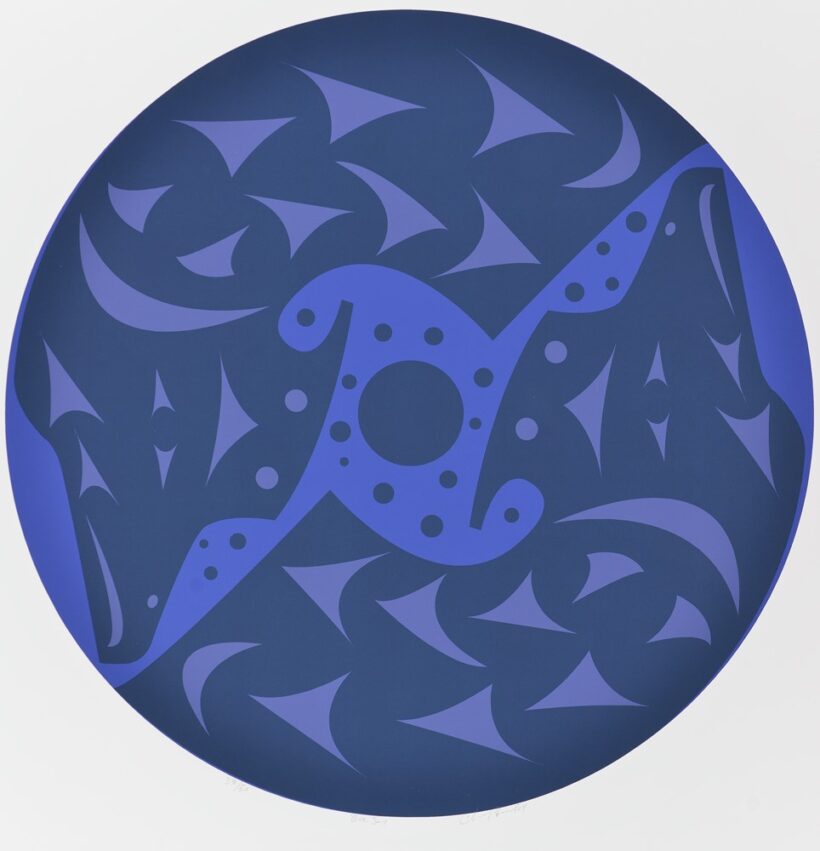 By Mel Granley, Guest Curator at the AGGV

June is recognized as National Indigenous History Month. National Indigenous Peoples Day is a holiday celebrated in Canada every year on the 21st of June. This holiday was officially established in 1996 and is intended to “recognize the history, heritage and diversity of First Nations, Inuit, and Métis peoples in Canada” according to Canada.ca. I ask myself, what does this day mean to me? I am a Métis and Ukrainian person living in Canada, and this day brings mixed feelings of pride and concern.

Historically, this day came into being at the behest of Indigenous leaders over several decades to have a day designated for celebrating our heritage. The intention of these leaders was to create a space for Indigenous peoples to uphold ourselves and to be proud of our culture, a revolutionary act when existing under an ongoing colonial regime. This intention is carried forward each year on this day, when we gather for ceremony, sharing, and educating.

Where I feel a degree of wariness with this day is the intention and understanding of settler folks, those who choose to participate and those who do not. This is a day of celebration and pride for Indigenous people, and all are welcome to join in any events going on in their area. I suppose I worry that for settlers, this one day out of every year can serve as a single moment of support, rather than one of many moments where they continuously learn and support Indigenous culture and resurgence. There is a chance of cultural voyeurism, in the stead of genuine desire to learn and understand the ways in which colonialism has affected the people celebrating themselves. I would like to humbly implore people to engage with National Indigenous Peoples Day as fully and heartily as possible, and to continue to educate themselves on the nations whose land they occupy on their own time outside of the day.

Last year, National Indigenous Peoples Day came shortly after the 215 children were uncovered at Tk’emlúps and Indigenous and settler people were grieving across the nation. Today the number of lost little ones varies from source to source, but it has reached well into the thousands and our people continue to mourn this monumental loss. Last year, it was almost impossible to fully celebrate, and the day took a different colour for everyone. Although time has passed since the initial uncovering, I hope people will remember and use NIPD as a reminder to hold those little ones in their hearts and reflect on the colonial processes that resulted in such an atrocity.

There are usually several events for NIPD that occur on the island. The Gallery also has programming planned in June in connection with National Indigenous History Month so keep your eyes out for activities on our social media! You can also learn more about the works featured in this article by visiting us in person to see Reverberations, or join us for the opening of Adorned on June 11, which presents style and identity beyond aesthetics and beauty, exploring cultural expressions, histories, futurisms and materiality. I would encourage and invite everyone to seek out events in their area and contemplate their position, responsibilities, and education regarding the land and the Indigenous peoples who have lived here for time immemorial. At the same time, I deeply and heartily encourage people to attend and celebrate regardless of where their education is. If you are there in good spirit and with an open heart, the day is working as it was intended to.

Kischii maarsii (thank you very much) for reading and considering what I have to say.