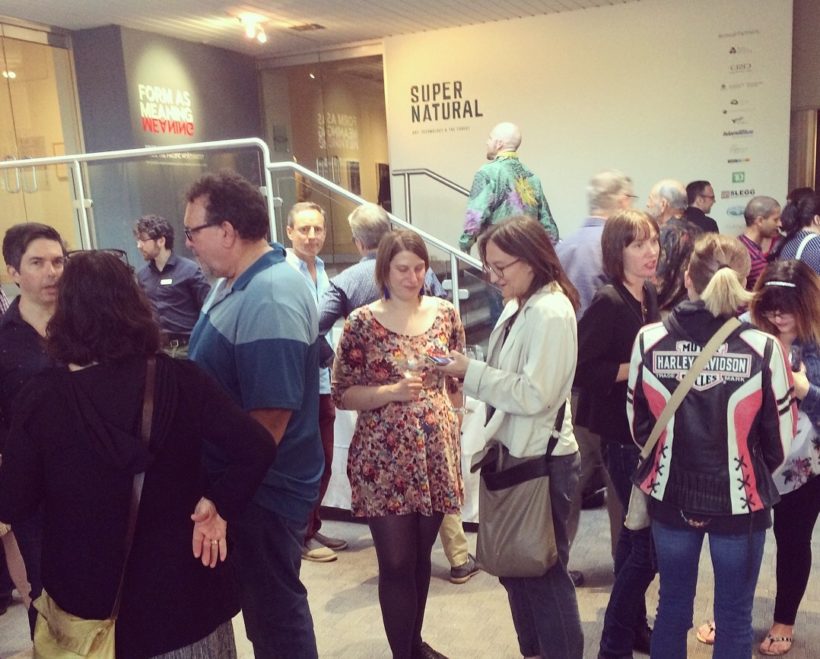 Party For Our People is a public event celebrating the artists featured in the exhibitions at the AGGV in May 2018, three diverse yet unified shows that touch on issues pertinent to British Columbia’s major resources – the ocean and the forests.

Supernatural: Art, Technology and the Forest was newly opened on the day of the party, and the celebratory atmosphere was completely tangible in the turn-out of guests who came to support the artists and their causes. The interactive nature of the works featured in Supernatural had guests of all ages donning 3-D glasses to watch video installations by Leila Sujir and a collaboration by Ayumi Goto and Sandra Semchuk, while curious viewers took turns to enter Trudi Lynn Smith’s Breath Camera. All four of these artists were in attendance as well as Mike Andrew McLean, Dan Siney and Carol Sawyer.

Artist Kelly Richardson was also at hand to talk to the many guests enjoying her hypnotic high-tech video installation The Erudition (2010), which was set up in its own darkened room made cosy with beanbags. She explained that the setting of the installation was Dinosaur Provincial Park in Alberta and that she was working on something new inspired by her visit to the old-growth forests around Port Renfrew on Vancouver Island. Discussing this new project with her was her guide to the forests, Jon Cash, a Port Renfrew business owner and active member of the Friends of Carmanah Walbran.

Many of the guests present were from the Friends, as well as the Ancient Forest Alliance and the Wilderness Committee. And as this was a Party For The People, a few of the guests were even represented in the artwork. Photographic works by Ian Wallace feature the 1993 Clayoquot protest, and twenty-five years on, several of those activists have come out in a show of continuing support for those same ideals.

Activism and the environment are also topics evident in the Gallery where Picturing the Giants: The Changing Landscapes of Emily Carr is being shown. On the outset, the differences between the two exhibitions couldn’t be more distinct, traditional oil painting in one and high-tech digital video and photography in the other. But the fundamental message of ecological conservation remains unchanged over the span of a century. 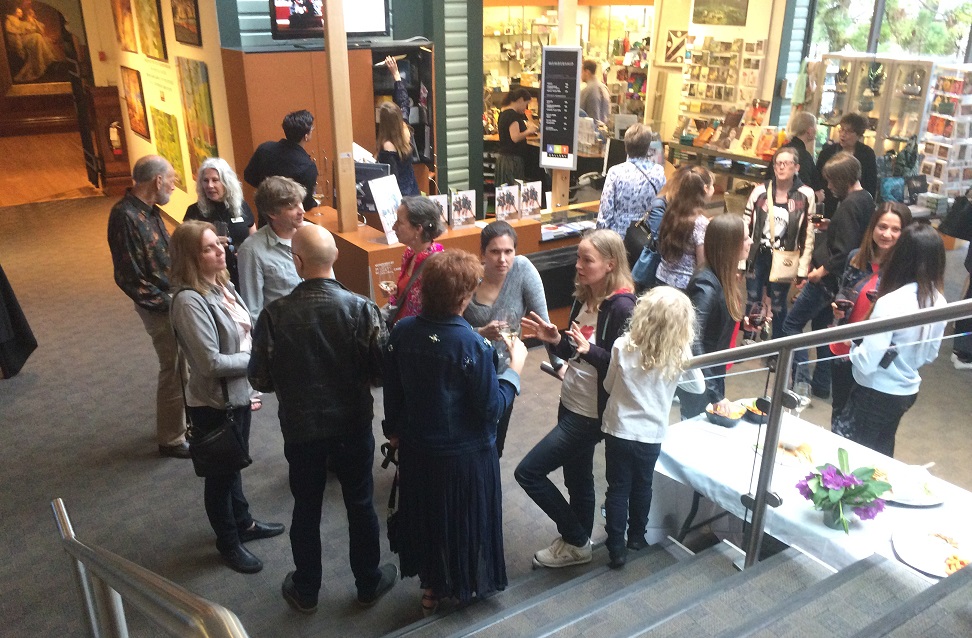 This same message of respect and reverence for the beauty of nature in this province is also reflected in the exhibition space devoted to Form As Meaning: First Nations Prints from the Pacific Northwest. Many of the prints represent images of the ocean, rivers, lakes and their bounty, highlighting the strong connection between the first peoples and the waters. Together with the other two exhibitions, it was evident that guests to the event found a true progression through the gallery spaces, as one theme flowed uninterruptedly into another.

With the evening’s warm setting sun and crisp spring air uplifting the celebratory mood of this Party For the People, our appreciation for the natural bounty in this land was enhanced through the artworks in the Art Gallery of Greater Victoria.