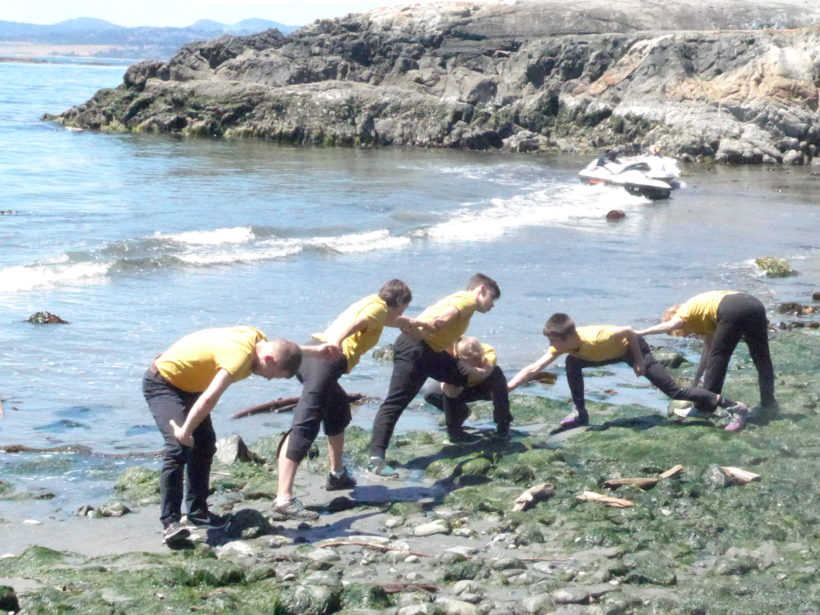 The text messages came fast and furious starting Wednesday morning inviting participants to the open rehearsal and talk, then gradually over the weekend, revealing the three secret locations for performances of Moving Change by Brendan Fernandes. Interspersed among these revelations were further text messages containing thoughtful phrases to ponder in advance of the performances:

Making Home. Primitive as a new future possibility. Creating your freedom. Gestures and movements to make future Land. Calling you to respond. Coming Together in Critical mass. Being Visible. Being Invisible. Intimate and playful connections. Returning to Nature. New Frontiers. Gathering Bodies. Our aim is to gather and collect. A freedom?

The week-long project of Moving Change was process-based and site-responsive. Included among the events was In Conversation with Brendan Fernandes and Amanda Jane Graham at the AGGV. The talk focussed on Fernandes’ beginnings and past projects as both a sculptor and a dancer. Nursing an injury sustained while in Victoria, Fernandes spoke about the physical demands of dancing and the endurance needed even in keeping still. Added to that was the relatively new concept of dance in the museum space, and the juxtaposition of the dancer, the art and artefacts on display and the freely moving audience. 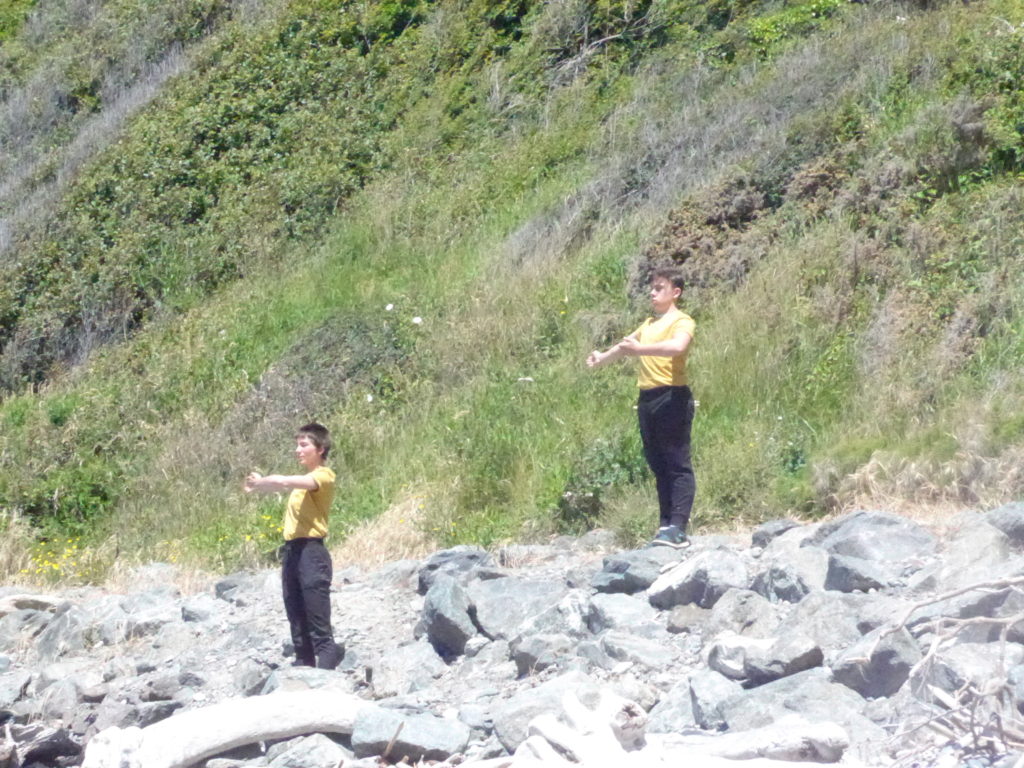 This type of non-traditional staging was the backdrop to Moving Change. Fernandes’ choreography explores intersections of language, architecture and the body, and while in Victoria, acknowledgement of the varied natural environment as well. The piece questions the body’s agency in critical mass where it is, at times, visible or invisible within the site specificity of its environment. This question of being seen and unseen calls attention to the ways we value labour and everyday choreographies of space. Bodies moving in unison and in mass numbers disrupt the space and question the act of gathering.

The main thread in Moving Change is a call and response game where bodies call out to one another with the aim to gather and collect. There were also aspects of “follow the leader”, although who the leader of the group was is a subjective matter entirely up to the individual viewer. The second performance of the series was set in a picturesque bay off Dallas Road where the dancers performed with and for an audience which included beach-goers, jet-skiers and dogs chasing sticks. Moving Change is an apt title that refers not only to the performers but also to the audience and the accidental audience, each playing a participatory role, intentionally or unintentionally. Eventually, a synchronized system of movements and choreography involving all who were present emerged into a group dynamic specific to the surroundings. 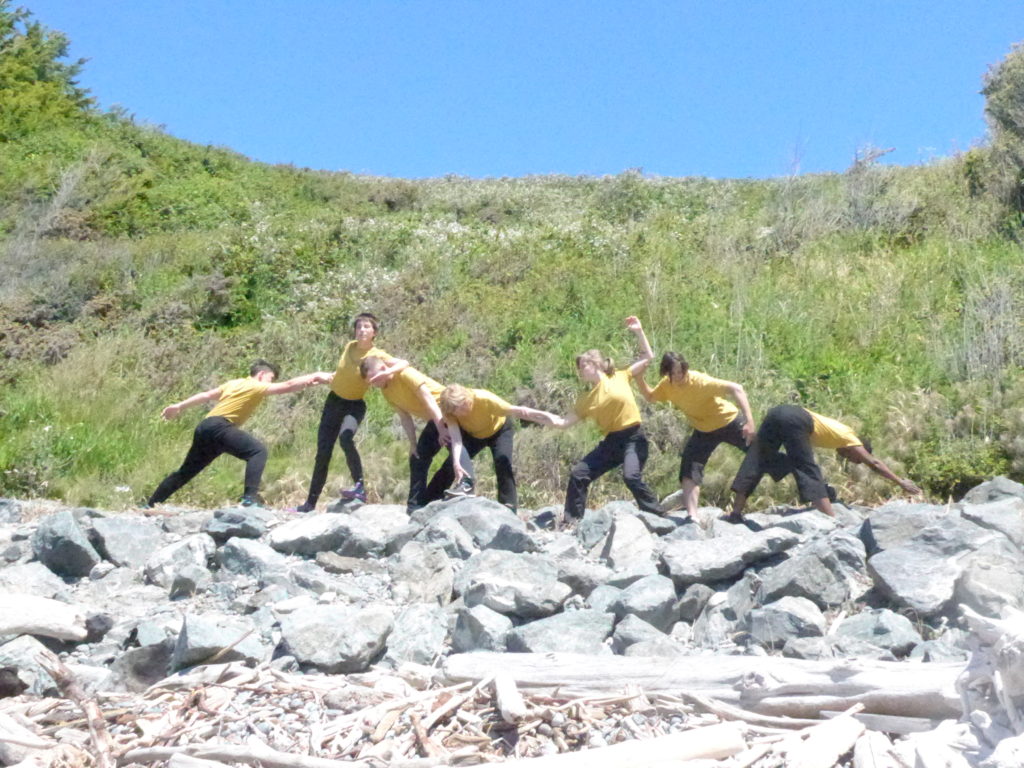 The outdoor aspect of Moving Change (the other performances took place in the Garry Oak meadows of Beacon Hill Park) morphed into the performance within the walls of the Art Gallery for the final Family Sunday of the season. Children and families had created large charcoal drawings to prepare for the large movements and gestures of dance, as well as pennant flags. The dancers performed Moving Change one final time through the gallery spaces, again blurring the boundary between the stage and the audience.