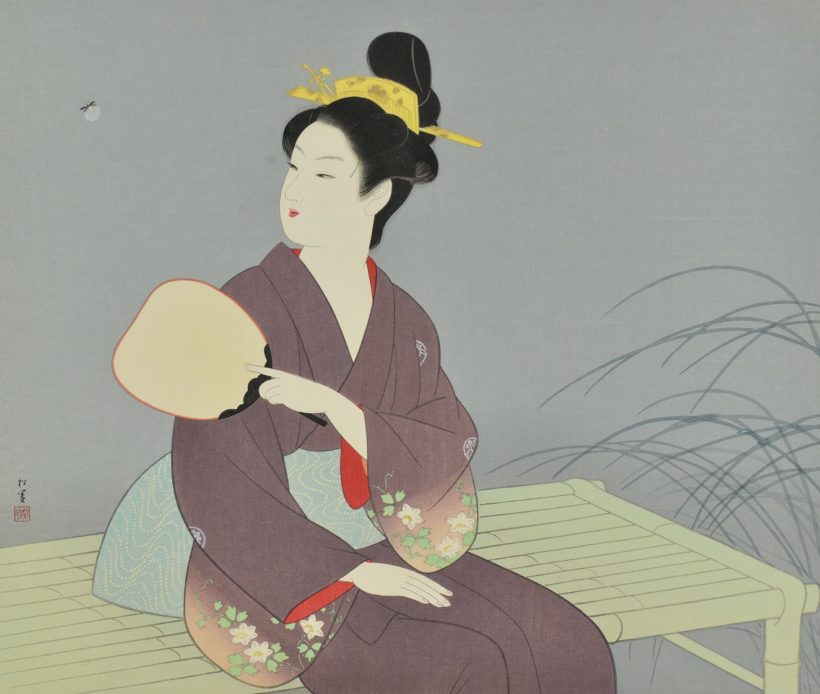 In July, Curator Emeritus Barry Till led the curator’s tour of Remembering A Patron: Asian Art Donations from Dr Judith Patt, to a room full of Asian art enthusiasts and friends of the late Judith Patt. Donations to the AGGV from Dr. Patt number around 500 pieces, with only 10 per cent on display in the exhibition.

Apart from donations of actual pieces, she also gave cash donations specifically for the purchase of Asian art to fill in the gaps in the collection. Barry noted that Judy had a penchant for prints depicting kabuki (a form of Japanese theatre) while he preferred historical and battle scenes. With the monetary donation, he was, therefore, able to balance the breadth of genres in that category.

Many pieces from the collection are ukiyo-e prints, woodblock prints that were made famous by masters like Hokusai. Translated variously as “life is but a fleeting moment”, ukiyo-e prints are a significant artistic development in the Edo period. They often depict domestic scenes, historical events, well-known scenic spots, scenes from Kabuki theatre and beautiful maidens. The prints were mass-produced and modestly priced, and therefore, widely available and distributed. How did they become as popular as they did in the West? Barry explained that these prints were considered so insignificant that they were used as packing material for goods being shipped to Europe. A Dutch captain in the early 19th century discovered these prints in his cargo and salvaged them, displaying them in an exhibition that was extremely well-received. It is well known that many Post-Impressionists, such as Van Gogh and Degas, were influenced by ukiyo-e prints. In the examples above and below, each scene is formed as a triptych.

Ukiyo-e developed into shin-hanga, which was also popular in the West. The examples displayed show everyday life, and in particular, street scenes and different modes of transportation in Tokyo. They provide an interesting insight into the fashions of the day and modern advancements in Japan. Sosaku-hanga developed in the 20th century, motivated by the need for self-expression and hence stressing on the artist as the sole creator of the print. An example of Sosaku-hanga is Ay-O’s Left Hand, 1984.

Another significant genre in Judy Patt’s donated collection is Zen (or Chan) Buddhist paintings. Barry explained the concept of Zen being “less is more”. Unlike other Buddhist sects, in Zen Buddhism, there is no worship of statues, nor scriptures to study. Enlightenment comes from within. Among the paintings are two examples of the circle, a concept considered hard to accomplish because of its symbolism of infinity.