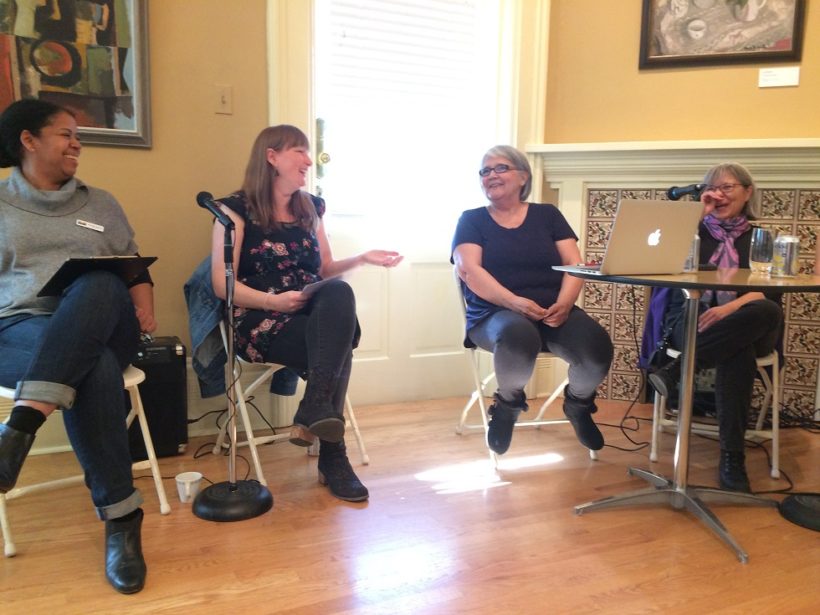 For the exhibition Form As Meaning: First Nations Prints from the Pacific Northwest, the AGGV relied on an esteemed panel of four Indigenous curators who had chosen the works and created the didactic panels for the show. AGGV curators Michelle Jacques and Nicole Stanbridge explained how they invited Marcia Crosby, Lou-ann Neel, lessLIE and Alana Sayers to spend the day sifting through the First Nations prints in the Gallery’s collection, igniting thought-provoking discussions and impassioned discourse. At the Communities + Collections Panel Discussion event on March 24, it was the AGGV curators’ aim to re-create the stimulating exchange that transpired in that first meeting.

In many ways, the exhibition and the process of selecting works for it, was a personal experience for each of the guest curators. Marcia Crosby is an art historian and educator who recently earned her PhD in Art History. In her self-introduction to the audience at the Panel Discussion, she gave the background to her ancestry, pointing to how waterways formed the interconnections to the lives of her people, and similarly to the prints she selected for the exhibition, which speak about the complex intersections among First Nations groups. lessLIE is a Coast Salish artist from Duncan, whose works aim to challenge the general perception of Pacific Northwest art by taking on iconoclastic views. Lou-ann Neel’s connections to many of the prints in this exhibition go back to when she worked at the Raven Gallery in the 1970s. These works were not the only source of inspiration for her as an artist. Her grandmother Ellen Neel was an important carver and the subject of women carvers form the basis of her Master’s thesis. Poetry and storytelling are the elements that Alana Sayers brought into the exhibition while crediting her uncle Rodney Sayers as her inspiration into the world of art. Through her work as a writer, she hopes to break down the boundaries separating art and academia. 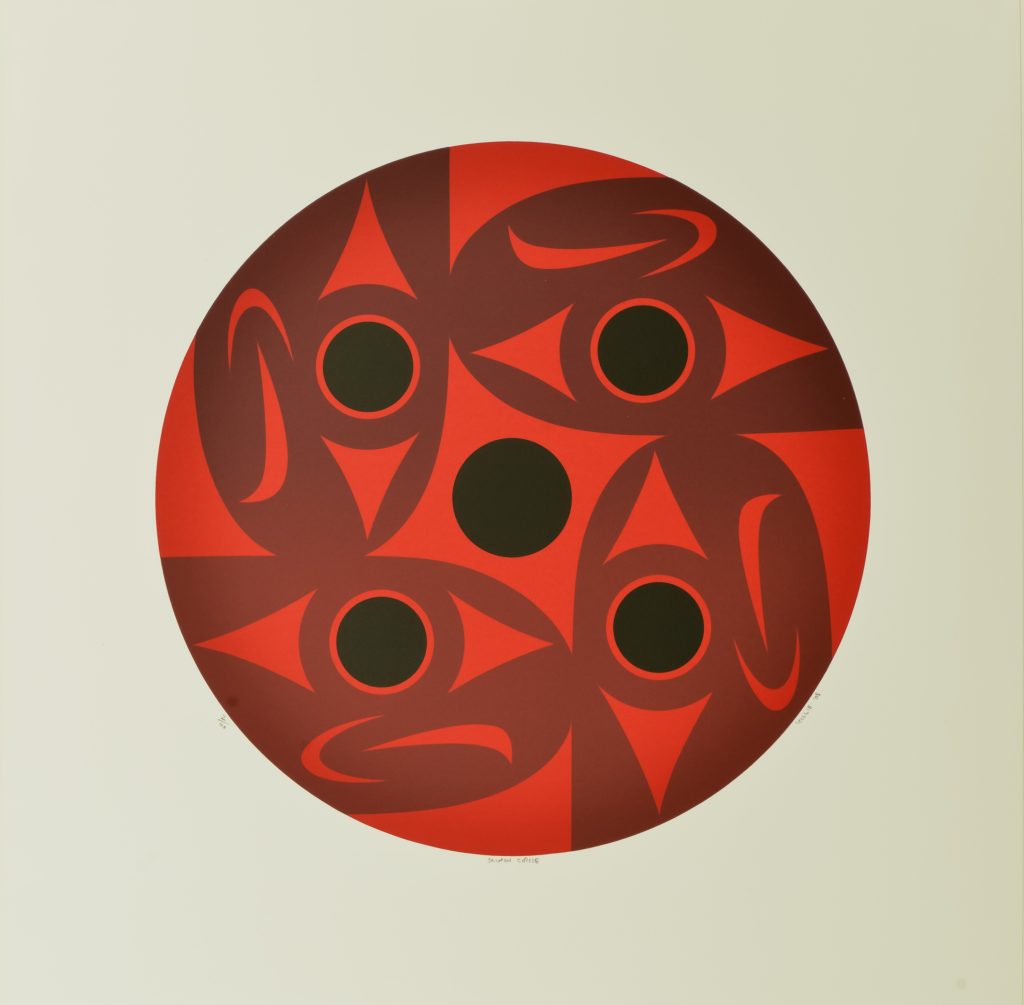 What drew the curators to this project? For both Marcia and Alana, it was the learning process that was the main pull. Not only were they learning from the prints and the processes involved, but they were also learning from each other. As Marcia stated, “Art joins people together in a good way.” The guest curators were full of praise for each other, as each contributed in his or her own unique way. Lou-ann waxed lyrical about Alana’s poetry, likening her words to “formline”, the term that distinguishes shape and the fluidity of abstraction in First Nations designs. For lessLIE, the exhibition was an opportunity to articulate his own culture, and he pointed out a vital aspect of the project – to present the exhibition in the own voice of the Indigenous community through the curators, instead of having someone else (non-Indigenous) speak on their behalf.

The prints in the exhibition have many societal roles, as cultural transmitters, as acts of resistance. How are prints functioning in so many ways? As Lou-ann pointed out, the prints are a symbol of defiance in demonstrating the survival and transformation of traditional artforms, even when many aspects of her culture were suppressed. The prints not only have a practical commercial side to art production, but through the adoption of new technology, they act as a declaration of Pacific Northwest identity.