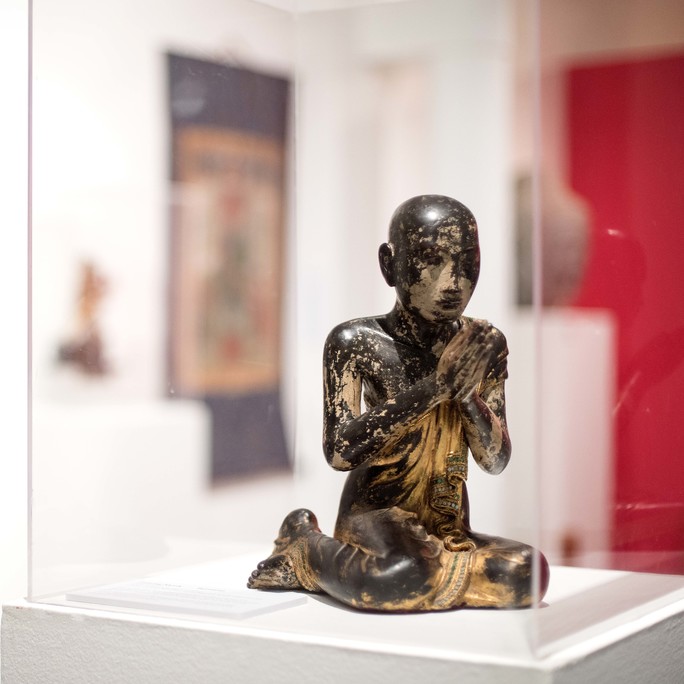 Victoria’s geographical location makes it Canada’s closest city to the Far East, so it seems fitting that the Art Gallery of Greater Victoria should have one of the country’s most distinguished Far Eastern art collections.

Millennia: Asian Art Through the Ages was this past winter’s major exhibition at the AGGV, featuring some of the most important examples from the collection. The show also celebrated the generosity of the AGGV’s donors and patrons who have helped to shape this remarkable collection and ensure its continuity into the AGGV’s future.

Associated with this exhibition which closed on April 2, numerous talks and events took place at the Gallery to engage visitors and members. Curator of Asian Art, Barry Till’s final talk before the closing of the Millennia exhibition focused on the patronage of the AGGV’s donors. He opened his talk with an introduction to the late Arthur R. Menzies whose family donated many important pieces of Asian art to the AGGV. Till recounted how, as a university student in Beijing in the late 1970s, he had met Menzies (then, Canada’s ambassador to China). They established and maintained a friendship which proved fortuitous for the Gallery some twenty years later.

Arthur Menzies’ father, Rev. Dr. James M. Menzies started the family collection in the early 20th century during his time as a missionary in China. The Menzies family donated a portion of the collection to the AGGV because of the relatively small size of the Gallery and the AGGV’s practice of frequently rotating exhibits and publishing catalogues. This ensured that the Menzies’ sizeable collection would be exhibited on a regular basis.

Tasked with the job of “collecting collectors” at the beginning of his career at the AGGV, Till went on to acknowledge many other important collectors who made significant contributions to the Gallery, such as Isabel Pollard, Brian S. McElney, and Kay Reif. Isabel Pollard worked with the AGGV’s first director Colin Graham in the late 1960s in building up a collection of 750 pieces of Japanese art which she donated to the Gallery in memory of her late husband Frank Pollard.

Among her donations was A-ji-kan, a rare and important Japanese meditational scroll painting on the letter ‘A’ from the Kamakura Period (14th century). It had come from the Toji Temple in Kyoto but had been sold to help fund the repair of the temple roof, eventually finding its way to the AGGV in the mid-1960s. Till recounted a visit he made to the temple and encountering an old monk who remembered the painting.