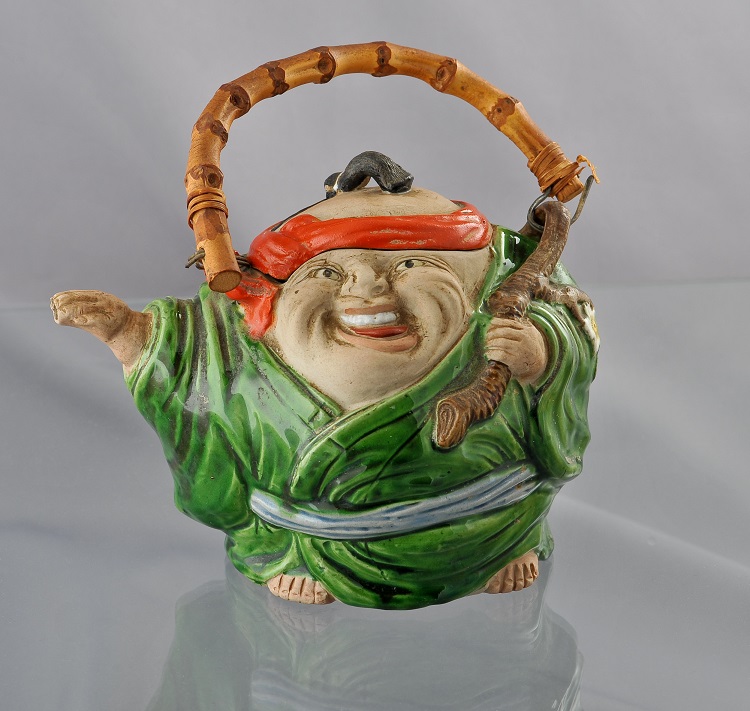 Did you know that tea is the most widely consumed beverage in the world after water? Tea is believed to have been drunk in China since the Shang dynasty (1700-1027 BC) and may have begun as a medicinal tonic. Tomb contents from the Han dynasty (206 BC-Ad 220) have revealed tea containers buried with the wealthy, suggesting tea to be an essential daily item by then. Tea drinking became widespread during the Tang dynasty (618-906), consumed by the emperor, by monks and by Chinese from all strata of life.

In AD 760, the writer Lu Yu published Cha Jing, or “Tea Classic”, discussing the cultivation and drinking of tea and the various vessels and utensils required for its preparation and consumption. In this much-quoted work, Lu Yu espouses the types of ceramic wares best suited to the tea-drinking experience. According to him, green wares were held superior to white wares because they enhanced the colour of the tea. In the 11th century, Cai Xiang wrote another famous thesis Cha Lu (“Notes on Tea”) where he expresses a preference for black wares over green and white. He reasoned that the black glaze offsets the white colour of the whisked tea to a higher degree. By then, the popularity of tea drinking had already been spread to Japan and Korea by travelling monks. The black tea bowl (above) in the AGGV’s collection is an example of the type popular in the Southern Song dynasty (1127-1279) and transmitted to Japan.

Tea-drinking in Japan began around the 9th century for the religious classes. With the cultivation of the tea plant, tea drinking reached the gentry and then the masses from around the 12th century. Ingrained in Japanese culture is the Tea Ceremony which evolved from the distinctive features of Japanese tea culture from the 13th and 14th centuries to what we know today. Chanoyu or the “Way of Tea” involves the ceremonial preparation and presentation of powdered green tea, matcha. Chinese wares were initially used for tea-drinking in Japan, but the perfectly smooth and symmetrical wide-mouthed tea bowls were quickly replaced by Japanese wares that emphasized irregular shapes.

A bit later to the game in the mid-late 16th century, the Europeans began sampling tea. Dutch traders in Java brought tea back from China to Europe, via Java, thus starting a trend that spread to the rest of continental Europe. From the early 17th century, the British East India Company began bringing tea back to Britain, where tea remains the beverage of choice. Chinese porcelain was ordered and shipped to Europe in vast quantities during this time, with specific styles that soon emerged as the trend known as “Chinoiserie”. The demand for Chinese wares dwindled in the 18th century as British manufacturers such as Worcester and Wedgwood produced pieces somewhat comparable to Chinese porcelain.

The first tea shipment to Canada is said to have arrived in 1716 by the Hudson Bay Company. Today, tea in Victoria is highly celebrated in the opulent surrounding of the Fairmont Empress Hotel where their traditional Afternoon Tea has been served since the establishment of the hotel in 1908.