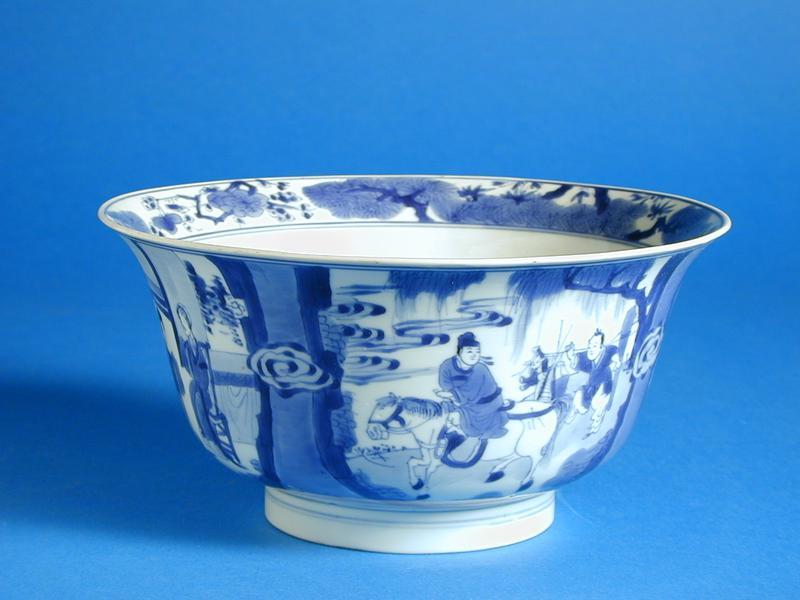 The dragon is revered as the symbol of the Chinese emperor, and its image stands for power, benevolence and good luck. In dynastic China, the five-clawed imperial dragon represented the emperor himself, and its image can be found on nearly everything from the palace. The three-clawed dragon was reserved for the prince, while the four-clawed dragon signified that the artwork was not made for the palace.

While the dragon symbolized the Emperor, the phoenix is the yin to the dragon’s yang, and therefore, represents the Empress. The stem cup below is decorated with phoenix medallions alternated with stylized “Shou” or longevity characters. These decorative elements suggest that piece was likely made as a birthday gift to be presented to a woman.

The Eight Buddhist Emblems (bajixiang) decorate the ewer below. The emblems include: the Paired Fish representing conjugal happiness, fertility and protection; the Lotus representing purity and truth; the Vase, symbolic of eternal harmony and the nectar of immortality; the Wheel of Law, the expansion of Buddha’s teaching; the Canopy, royal grace; the Conch Shell, symbolic of majesty, felicitous journey and the voice of Buddha; the Umbrella, representing spiritual authority, reverence, purity; and the Eternal Knot, symbolic of eternity.

The bowl in the feature image show boys at play, and such genre scenes are regarded as highly auspicious, representing a wish for many sons. This theme has its origins in the 16th-century, as the Jaijing Emperor (r. 1522-66) was a staunch Daoist who desired many sons.

Several blue and white wares on display show scholars in gardens enjoying the “polite arts”. These are also known as the “Four Arts of the Chinese Scholar”, representing the main academic and artistic attributes required of the Chinese literati. These are painting, calligraphy, mastering the Qin (a stringed musical instrument) and playing ‘go’, a strategy game similar to chess.

6. Seven Sages of the Bamboo Grove

The Seven Sages were a group of scholars, writers and musicians from the 3rd Century who fled the imperial court when the Jin dynasty (266-420) was established. With the stricter, Confucian style of ruling, the Seven Sages escaped the politics of the court, to find a more idyllic and rustic existence where they could enjoy the arts and a more liberal lifestyle. The symbol of the Seven Sages is very popular in poetry, writing, music and art.

Shoulao (pictured in the bowl above) is the Daoist God of Longevity and he is easily recognized by his pronounced forehead and his attributes which may include the ruyi sceptre and a spotted deer. As the much revered God in the massive Daoist pantheon, he is one of the most popular and worshipped, especially with regards to birthdays and other important anniversaries.

The lotus is a Buddhist emblem that is found widely as a decorative motif in Chinese blue and white porcelain. It is sometimes the main motif, but oftentimes as a secondary floral scroll. The lotus symbolizes harmony as well as fertility.

Flowers often represent something auspicious. The peony is one of the most common floral motifs to be found on Chinese blue and white, as it is known as the “flower of wealth and honour”.

In Chinese, the word fish, ‘yu’, is a homonym for the word for abundance, and as such, is a potent symbol for a wish for an abundance of luck and wealth, making it another very popular image in Chinese art.