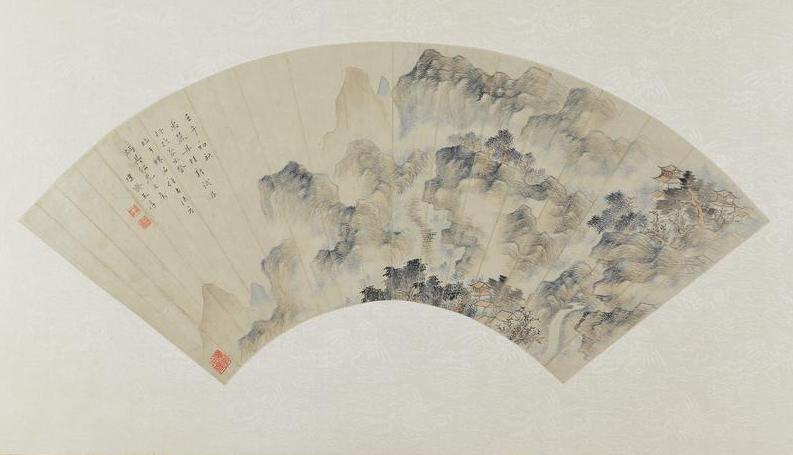 1. The Chinese handheld fan as we know it today is thought to have come into existence around the Zhou Dynasty (1050-221 B.C.E.).

2. The fan is thought to have originally begun as an umbrella-like structure known as Shanhan which was used in the Shang Dynasty (1600-1050 B.C.E.) to shade passengers in horse carriages from the sun. This evolved into a long-handled fan called a Zhangshan.

3. Traditionally, the fan was considered a status symbol depending on the material from which it was made. The early aristocracy favoured fans made from bird feathers. Their costly nature made it widely recognized as a symbol of wealth and authority.

4. The common people from the Han Dynasty (206 BCE – 220 C.E.) onwards used fans that were constructed of more affordable material, such as bamboo and hand-woven cattail leaf, and later fabric and paper.

5. Folding fans are made from paper, fabric or silk mounted on ribs that rotate the rivet at the head. The ribs can be made from a variety of materials including sandalwood, ebony, ivory, tortoise-shell, bone, mother-of-pearl and most commonly, bamboo.

6. The main surface of the fan provided an ideal surface for artists to embellish with painted scenes and calligraphy. From the Song Dynasty (960–1279)onwards, fan painting became an art form in itself.

7. Fans painted with birds and flowers were favoured by ladies, while landscapes and mythical beasts were considered to be in the male domain. Scholarly men also chose favourite poems or philosophical texts to be added in calligraphy on their fans, thus adding to this accessory a symbol of status and wisdom.

8. Also around the Song Dynasty, a new type of fan called Tuanshan was created. Made from silk, these round fans were favoured by the ladies of the imperial court. They were also painted with favourite embellishments, or were sometimes embroidered. Over time, this type of fan also took on different shapes, suggesting flowers and banana leaves.

9. Historically, the fan-making industry consisted on family-run businesses, with artists and craftsmen making small quantities and selling the products from their workshops.

10. The Chinese fan dance is a popular performance by female dancers that has existed for about 3000 years.