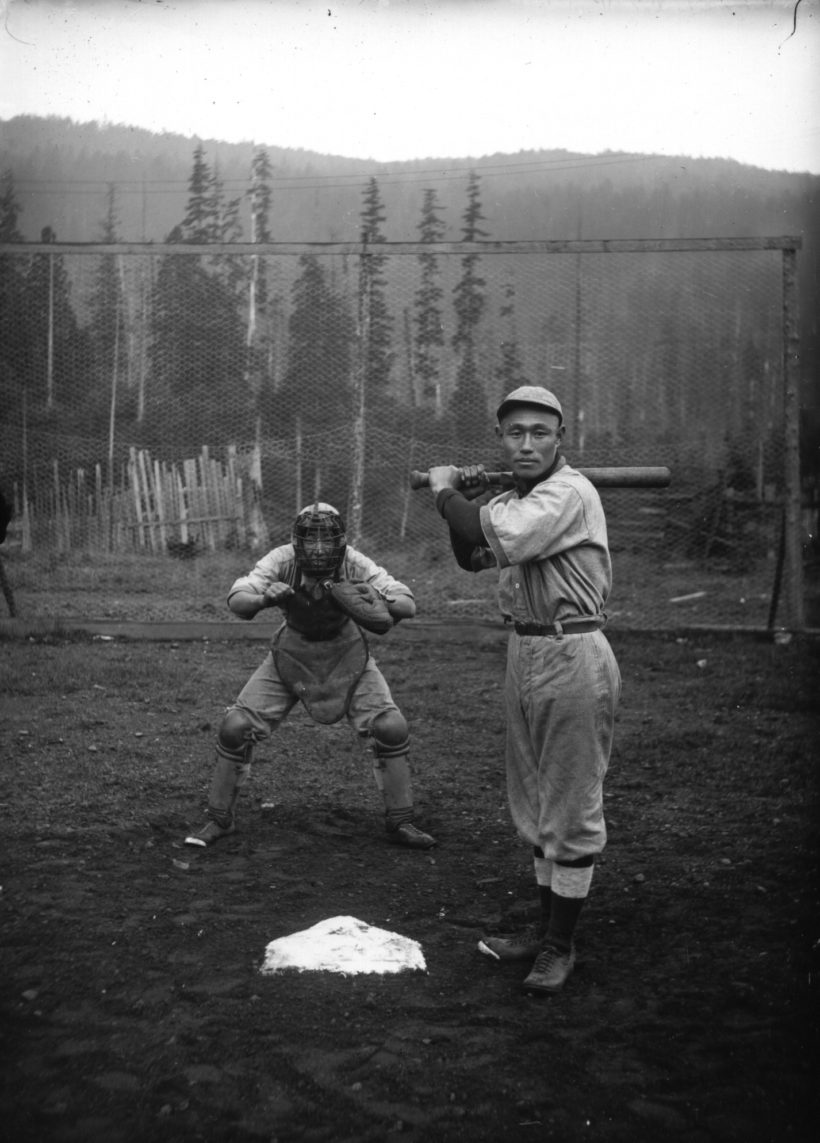 2017 marks the 75th anniversary of the uprooting, dispossession, and exile of 22,000 Japanese Canadians from the coast of British Columbia. Mirror with Memory explores the contributions of one such community through the creative lens of the Hayashi/Kitamura/Matsubuchi photo studio which operated in the town of Cumberland, BC, from 1912 through to 1942.

Picture above: Hayashi/Kitamura/Matsubuchi Photo Studio | Baseball players | circa 1920 | Courtesy of the Cumberland Museum and Archives

Japanese relations on our coast have long been politically charged and it is within this atmosphere that communities such as Cumberland came to life and thrived.  A glimpse into this pervasive atmosphere is clearly evident in William Lyon Mackenzie King’s 1908 Ph.D. dissertation on “Oriental Immigration to Canada”:

“That Canada should desire to restrict immigration from the Orient is regarded as natural, that Canada should remain a white man’s country is believed to be not only desirable for economic and social reasons but highly necessary on political and national grounds.”

This quote darkly foreshadows events to come as it was King as Prime Minister in the late 1930’s that imposed the War Measures Act;  this act and subsequent amendments led to the internment and dispossession of 22,000 Japanese Canadians on Canada’s West Coast.  The quote from 1908 and the War Measure Act of 1939 both act as bookends to the existence of the Hayashi/Kitamura/Matsubuchi Photo Studio in Cumberland adding poignancy to their work.

In partnership with the Cumberland Museum and Archives and supported by materials from Cumberland, the Royal British Columbia Museum and the Nikkei National Museum this exhibition highlights 35 works representing the studio’s 30 years of operation. Mirror with Memory is further supplemented by a larger selection of life size projections conveying a sense of the scope of the studio’s output and the scale of the Cumberland Museum’s collection of some 800 glass plate negatives, showcasing the lives of Japanese Canadians by Japanese Canadian photographers.

These photos represent a fortuitous confluence of technology and timing which created a single repository of vital images of Cumberland, a coal-mining town on Vancouver Island. Capturing lives, families, working conditions, friends and history, this collection describes a diverse community that was thriving and hard at work.  These images, etched in silver, hint at political and social challenges and speak to the vital contributions of Japanese Canadians to British Columbia’s social fabric, now captured behind the surface of these mirrors of memory.