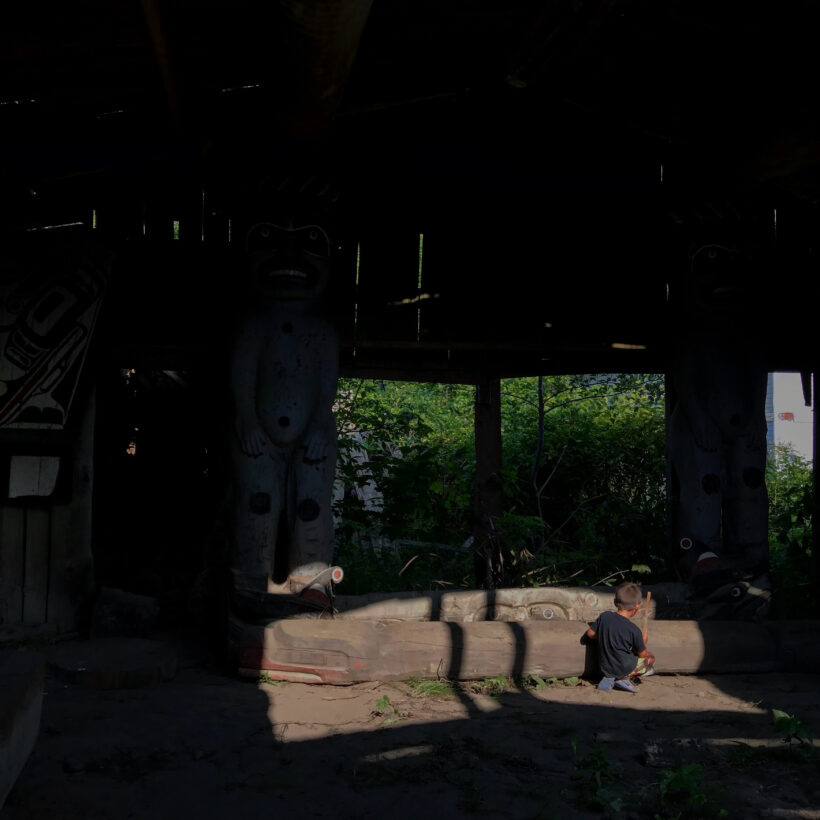 Holding Ground, To hold space, to hold up, to care for, to support, to refuse, to let go.

The Holding Ground exhibition at the Art Gallery of Greater Victoria (July 17 – Oct 17 2021) was an opportunity for Indigenous women and 2S people to come together as a collective to contribute our own personal perspectives on Indigenous resistance and current issues we are faced with today. I am very grateful for the group of beautiful, powerful and gentle individuals, I had the absolute pleasure and honour of collaborating with on this exhibition. We all created a space in the art gallery that allowed us to be vulnerable and honest with ourselves and each other. This exhibition taught me how to create boundaries while also giving me tools to work through intergenerational trauma with artwork.

During this time period I was moving through trauma, from the land and water defence work I had been a part of – movements such as #landback, #SHUTDOWNCANADA and Reconciliation Is Dead. I was one of the five Indigenous youth that was arrested in the Parliament of British Columbia. In 2020 Indigenous People all across so-called “Canada” had experienced police brutality and hate crimes for standing with Wet’suwet’en people who were fighting against faceless industries and the Queens henchmen (RCMP) during the #SHUTDOWNCANADA and Wet’suwet’en Strong movement. Indigenous people had shut down Canada with blockades and rallies.

During the youth for Wet’suwet’en occupation a group of white supremacists (soldiers of Odin) had made a threat that they’d be shutting down the youth blockade. They had also made a Facebook page and posted photographs of the Indigenous youth that were part of the movement. I had looked at the Facebook page, and scrolling through the posts and comments I found the most horrific things on this page. They were plotting how they were going to run us over with their trucks. I can’t even repeat what was said on that page, because it would leave a bad taste in your mouth. The comments were deeply disturbing. 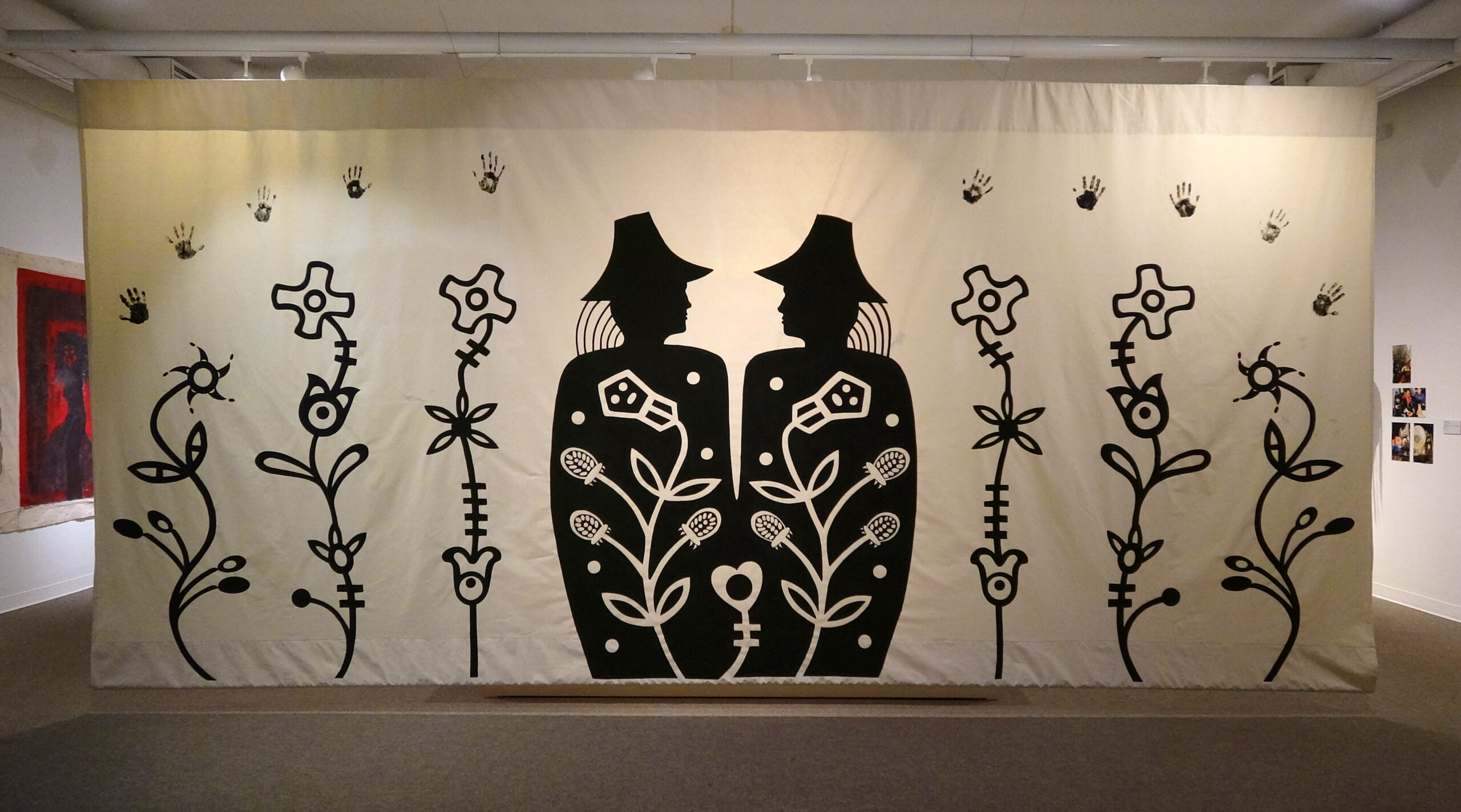 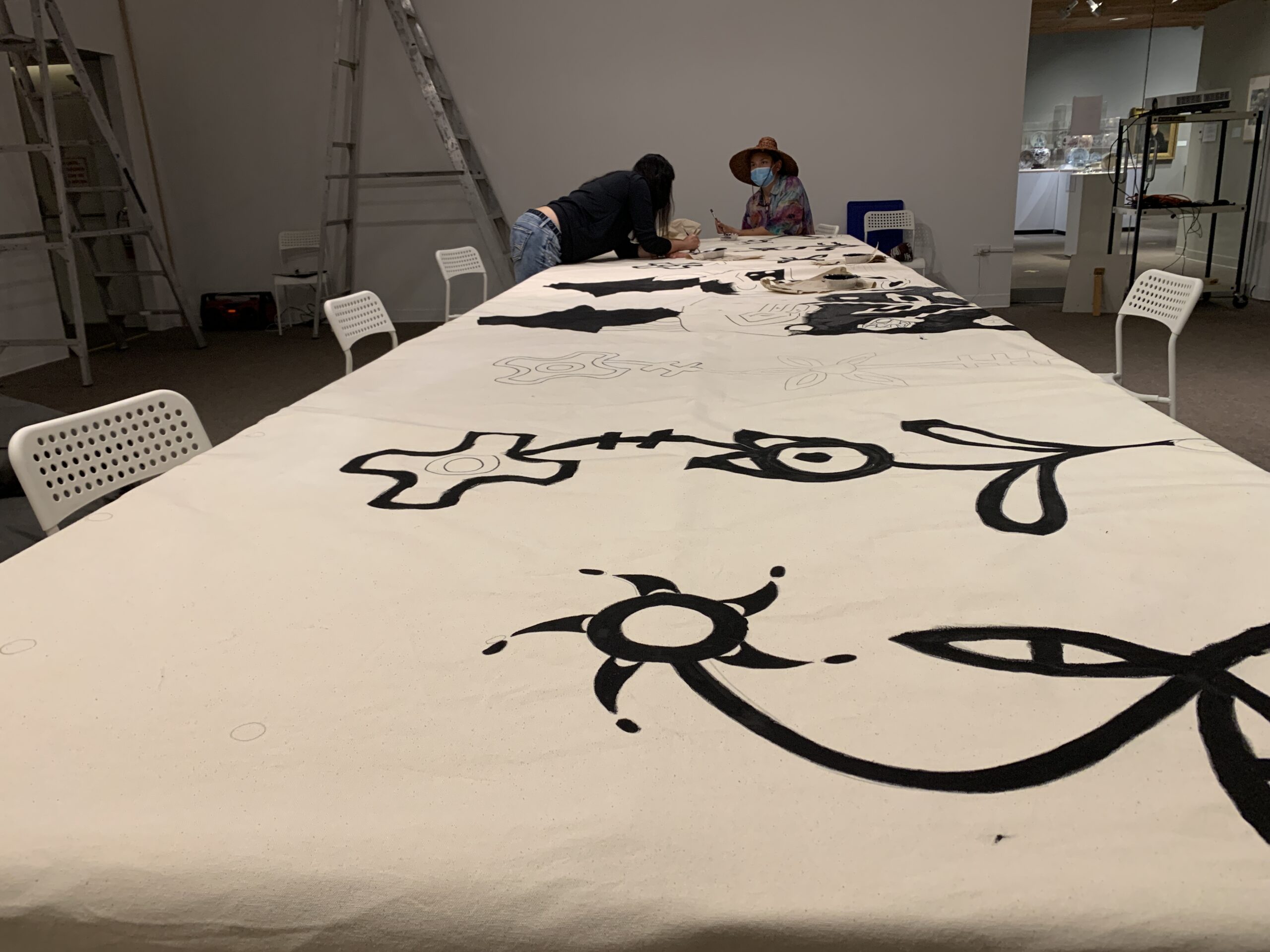 After the #SHUTDOWNCANADA / youth for Wet’suwet’en movement, the pandemic started. A few weeks before the pandemic me and three other Indigenous youth had gone to Wet’suwet’en territory to support them on the frontlines. We also went to Secwèpemc territory with another group of Indigenous youth and land defenders to support Kanahus Manuel with her blockade in her territory. After one month of being in these territories and on the frontlines I decided to go back to so-called “Victoria” and experience the pandemic away from Land Defenders and anarchists. I took a few days off from the internet and isolated myself from people. I needed a break from the chaos of the world. I had been on and off the frontlines since the beginning of 2020. When fall came around, I was burnt out and mentally unstable. So many brutal things were happening to Indigenous communities all at once (from hate crimes to police brutality). I went back to Musgamagw dzawada’enuxw territory to help my family look after my grandmother. During my time back home I was able to ground myself in Kwakwaka’wakw territory. During my time in Musgamagw Dzawada’enuxw territory I was a part of a matriarch circle, the Indigenous Intergenerational Exchange (Holding Ground).

In the matriarch’s circle we made a space that allowed us to talk about current issues we are faced with, in our communities as women & 2S people (patriarchy and misogyny in ceremony due to colonisation). During these gatherings on Zoom, Canada had “discovered” the mass graves of 215 Indigenous babies and children beside a residential school in Kamloops, BC. Now in 2022 more than 1,000 babies and children have been “discovered”, but that doesn’t include the babies of the children that attended those schools who had either run away or were burned alive in the incinerator. My grandmother attended the Residential School in Alert Bay, BC with her siblings and the stories they told me are absolutely horrific and heart breaking… sending love and light to the babies that are being found by these disgusting institutions. Violence against Indigenous babies and children did not end in 1996 when the last residential school closed its doors.

The Foster Care system was and is a tool used to assimilate Indigenous children. An individual who works in the foster care system admitted that doctors force Indigenous girls as young as five to use birth control, because they are afraid the foster parents may impregnate them, but that’s not where the violence against Indigenous girls and women ends. In Canada and the United States doctors have been giving Indigenous women forced sterilisation without consent, and Western medicine has always used Indigenous people for experiments.

Through the photographs I presented at the Art Gallery of Greater Victoria, I wanted to show you all the territory I grew up in. The goal was to share Indigenous babies practising our culture and ways of life. Holding Ground reminded me of being in ceremony – the way our artwork moved together around the curtain that Marianne Nicolson designed. I’m very grateful to be a part of this amazing collective of artists from around Turtle Island.