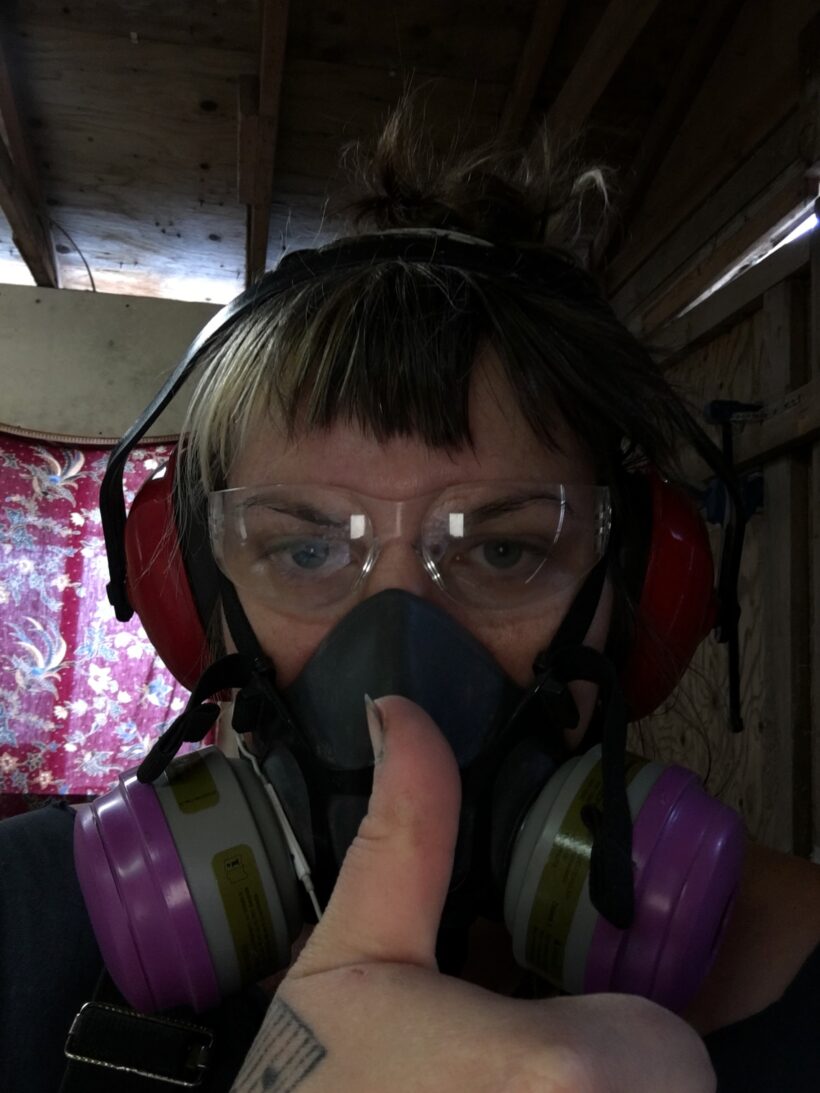 As curators and public programmers we are often asked how projects come into being. The evolution of new initiatives are a slow build and the culmination of many conversations, merging of ideas, and listening. Listening to where support is most needed, developing an understanding of what is most urgent in the communities we serve and how that could be delivered. Over the years we have been in conversation with colleagues and artists on the Island about how to bring attention to the range of work happening in this region. Work that reaches into remote communities, exists beyond the institutional structure and connects to some of the most urgent issues of our current time.

From this thread of ideas Around the Island emerged. This new initiative through the AGGV started back in 2018 as a way to support projects in formation throughout the CRD, Vancouver Island and Gulf Islands. This series is focused on how to bring a broader audience and support from the community to the work and ideas happening in smaller remote areas and/or by emerging artists. With these intentions in mind we considered what our role could be in these projects. Based on the work we were seeing and the folks we were hearing from we realized that the best way to position the Gallery in these projects was to direct human and financial resources towards the incubating ideas to kickstart them to the next stage.

The first project that has taken shape through the resources provided by this series is Alexis Hogan’s project lichen. Hogan (she/her) is a queer white settler with Indigenous heritage (Irish, Quebecois & Anishinaabe from Sharbot Lake, Ontario) and an emerging artist and curator. Her art practice is informed by intersectional feminist, decolonial perspectives. The focus of her practice, through site-specific projects, social practice and printmaking, is confronting settler-colonial extractivism through restoration, reciprocity, reflection and critical care. Her current bodies of work explore overarching themes which Alexis has titled, A Landscape of Colonial Inheritance, patterns of growth and i stihl haven’t found what i’m looking for, all of which attempt to confront the complexities inherent within environmental abuse and settler colonial occupation of unceded and occupied First Nations territories in what is known as British Columbia.

lichen has been conceived of by Alexis as “a mobile programming and project space not limited to foundations, nor the traditional construction of an art gallery or artist-run space.” Her intention for this roving structure is for it to be responsive to site, place-based and ecologically-centered art practices and community. lichen aims to be a decentralized arts creation, programming, and gathering space conceived as an adaptable multi-purpose entity, much like its namesake lichen. As Hogan describes, its potential lies in its responsiveness to transform: be that into an infoshop, library, free school, studio space, gallery, kitchen, critical reading group, skill-share venue, programming space, living space, incubator, laboratory, organizing space, DIY healthcare space, dark room, listening space, harm reduction space…but it is always, already a site for critical creative response.

As you can see in these images lichen is designed simply in order to be responsive to many differing needs as a solar-powered, modular adaptable structure on wheels. Now in its final stages of construction, Hogan is preparing to launch lichen into the world. In imagining how the space will respond to our current needs and shared contexts, lichen, like its namesake, embraces the slowness, and dormancy that the current surrounding environment encourages. Projects on the horizon may include songs from the cutblock, a fall 2021 collaboration with the Nanaimo Art Gallery, collaborations with Open Space’s Indigenous Emerging Artists Program, and the end of the world free school.

We are thrilled to be launching the Around the Island series with Alexis Hogan’s lichen project and encourage you all to keep an eye on the AGGV’s Projects page of our website for more information. Alexis would also name that the creation of lichen was only possible through the support of her advisory committee: Dr. Billie Allan, Chris Dufour, Dr. Rhonda Hackett, Estraven Lupino-Smith, Clare Pepper, Kim Smith, Craig Turney, and Megan Quigley, and through the labour of her build team, which was comprised of Craig Turney, Josh Ngenda and Jesse Campbell. She holds unfathomable gratitude for the aforementioned and for Nicole Stanbridge, and Michelle Jacques for their trust, facilitation and unwavering support of this project.