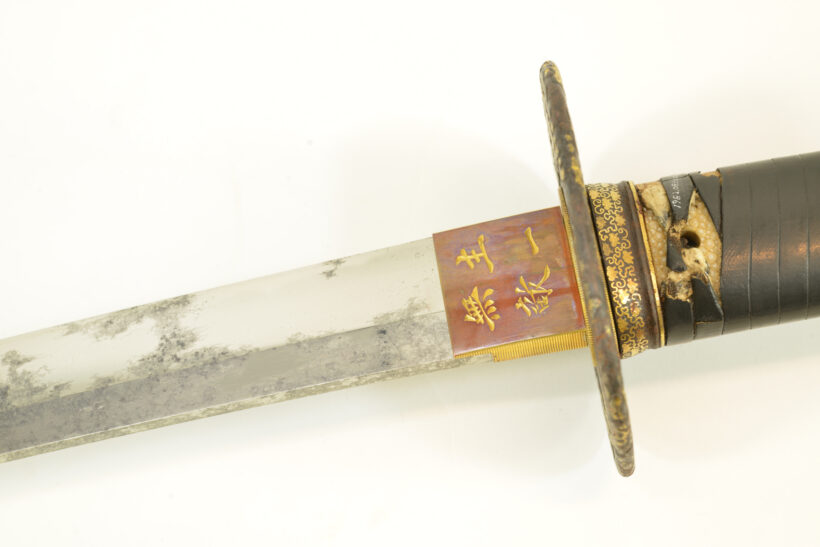 1. Considered “the soul of the samurai”, the Samurai sword was the embodiment of the code of bushido (“the way of the warrior”) with its self-discipline, unquestioning devotion and ultimate skill.

2. There are many types of Japanese swords that differ in size, shape, manufacture and field of application. More commonly known types include the katana, tsurugi, wakizashi, odachi and tachi.

3. The traditional Japanese sword made between the 16th and 19th centuries can be distinguished from other swords by the fine curvature of the blade, the beautiful texture of the steel, and the intricate decorative designs etched onto the metal.

4. There were many famed swordsmiths in Japan, and the making of a warrior’s blade was akin to a religious undertaking with the observance of special rites, including a purification ritual of the swordsmith, prayers before a deity shelf at the forge, and a retreat from the outside world for several weeks until the blade was finished.

5. It has been often said that a fine blade takes on the character of its maker.

6. Japanese swords were forged from a combination of sheet steel, soft steel and pig iron or cast steel, all distinguished by their different carbon content.

7. Forging the layers of steel together eventually gave the blade a certain elasticity allowing it to flex but not shatter, and giving it a sharpness beyond modern steel.

8. The Japanese sword is made of several different parts that involved the work of a number of experts. The habaki maker makes a metal collar for the blade. The last pieces added to the sword were the tsuba (swordguard), an oval collar beneath the tsuba called fuchi (see image below) and the pommel at the end of the silk-wrapped handle called the kashira. On the hilt of the sword were paired metal ornaments called menuki. 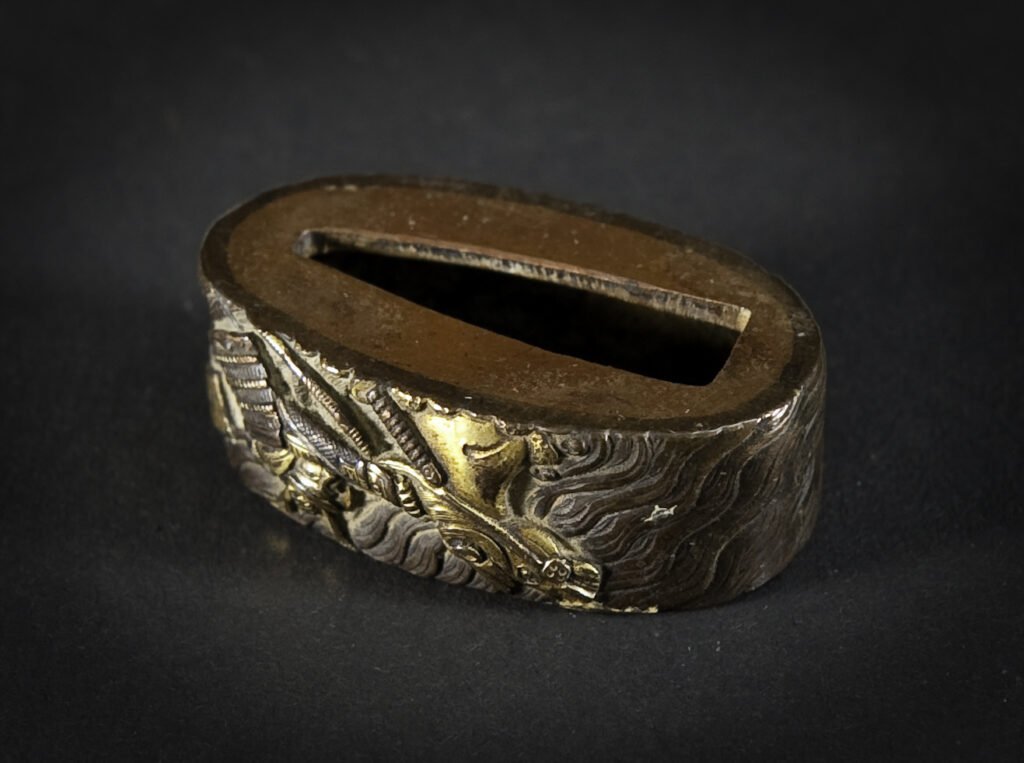 Fuchi (Collar on hilt of sword) | Japanese, 18th Century | metal, gold, silver, copper | 2.2 x 4.8 cm. | Gift of Judge Montague Tyrwhitt-Drake (AGGV 2000.005.003)9. The swordsmith inscribed his signature onto the tang of the sword after completion. Over the centuries, this is an area where one finds forgeries that acknowledge prominent smiths and guilds.

10. In the late 1800s, the samurai lost the legal right to wear their swords in public as a result of the Meiji restoration.