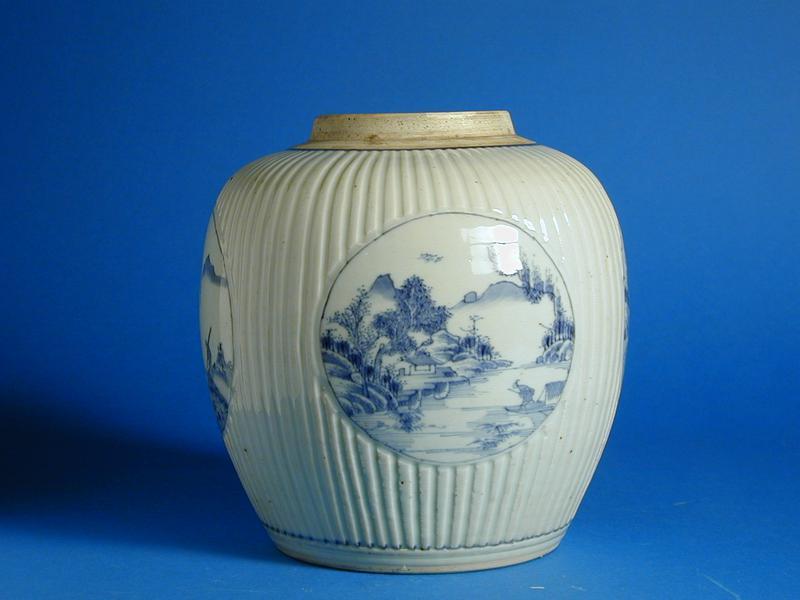 Did you ever wonder why fine porcelain is called “china”? Or why the habit of pouring milk into a porcelain teacup before pouring the tea became outdated? It all harks back to the origins of blue and white porcelain from the Yuan and early Ming Dynasties and its far-reaching influence on the rest of the world.

The story of blue and white extends beyond the beauty and delicacy of the finely painted underglaze blue decorations on the flawless white porcelain body. It is also the story of an international trade commodity, of inspiration for new industries around the world, of the development of social practices and of the influence and importance of cultural exchange. The current exhibition “Blue and White” at the AGGV demonstrates these interconnecting themes vividly through its extensive collection of blue and white and related wares in the collection.

This exhibition examines blue and white porcelains within a global context, with special focus on global communications and mutual exchange between cultures and civilizations. It is one of our first attempts in experimenting with new curatorial approaches to our permanent collections that we are very proud of. We also want to foster viewings and thinkings of the relationship between local and global at this pandemic time.

The exhibition traces the development of the blue and white story by starting with its origins in Ming Dynasty China, where the natural resource of kaolin was processed into the pure porcelain body in Jingdezhen, Jiangxi province. The white background provided the perfect canvas for painting using cobalt. Over the period of 300 years, decoration style developed to suit the taste of patrons, first the emperors to later, officials, the literati and the merchant classes.

Porcelains were also shipped overseas to provide for the Chinese diaspora, as well as for foreign patrons from Japan, the Middle East and Europe. A section of the exhibition is devoted to shipwrecks as these archaeological sites served to explain how international trade was carried out during the Ming Dynasty.

Europe’s fascination with Chinese blue and white made the Europeans the most important trading partners and consumers. Shipping from China was dominated by the Portuguese in the 16th century and the Dutch during the 17th and 18th centuries. While Chinese potters adapted their styles to meet the demands of the Europeans, it was not long before the Portuguese and Dutch started imitating Chinese blue and white, making their own versions. The most famous is Delftware, which in turn was copied by the English porcelain makers such as Royal Worcester.

So, we return to why fine porcelain is called “china”, and the answer is obvious. The fine quality was practically unmatched until much later in the 18th century when porcelain-making processes were finally refined enough in England to rival that of China. The Chinese porcelain was much admired for its thin body, as well as its strength and ability to withstand high temperatures. English-made porcelain in the early days of production was likely to crack when hot tea was poured into thin-walled teacups. To counter that, cold milk was usually poured first, followed by the tea. This practice is dying out now, as porcelains have come a long way since then.

The Blue and White exhibition runs until January 30th, 2022, at the Art Gallery of Greater Victoria.