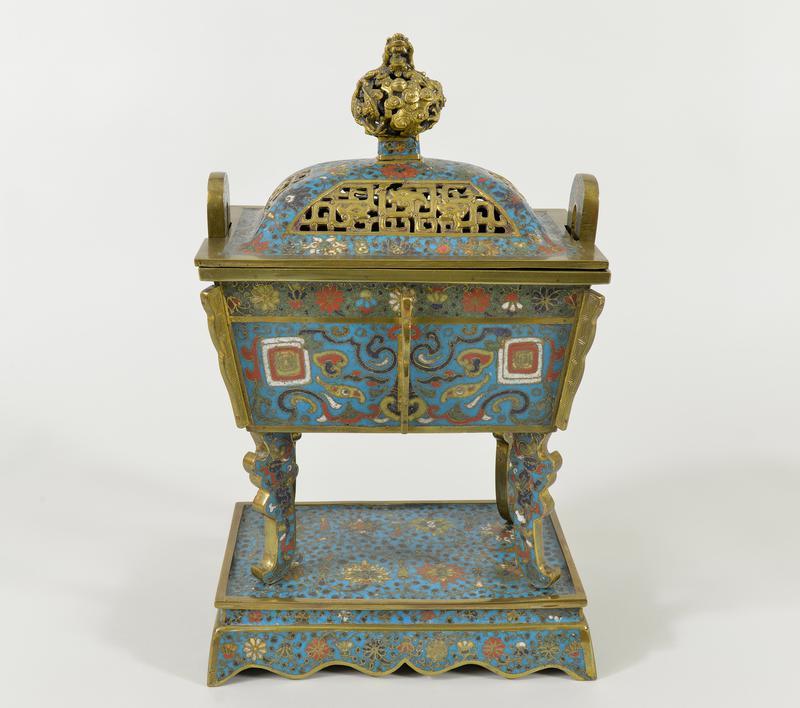 1. Cloisonné is an ancient technique of decorating metalware with colourful infills of vitreous enamel. Apart from enamel, the inlay can also be made of glass or gemstones.

2. The decoration is first formed by creating compartments or cells (‘cloisons’ in French) by affixing gold or silver wire to form the outlines on a metal object. The resulting compartments are then filled with variously coloured enamel paste. The object will then be fired in a kiln to set the enamel.

3. The technique has been found on objects from ancient Egypt. These tend to be smaller items such as jewellery. The Byzantines also decorated small objects with cloisonné, and its influence continued on to Europe around the 10th century.

4. By the 14th century, the technique had reached China where gilt bronze vessels were created for the imperial courts during the Ming and Qing dynasties. Chinese cloisonné perhaps is the most well-known type.

6. During the Ming dynasty, cloisonné wares tended to be small to medium in size, and included vessels such as incense burners, bowls, vases and other tabletop items.

7. Ming cloisonné set the trend for the largely blue palette, with shades of turquoise, teal and royal blue making up much of the colour scheme. The Jingtai emperor was so enamoured with cloisonné that the technique and its particular shade of turquoise are called jingtailan in Chinese, translating as “Jingtai blue (ware)”.

8. The designs on Ming cloisonné mostly consisted of stylized floral scrolls, and in particular, lotus, a symbol of Buddhism. As the technique developed in China, the designs became increasingly naturalistic, and by the late Ming period, the designs were more varied and representational.

9. By the Qing dynasty (1644-1911), the size of cloisonné enamel vessels had grown exponentially. The small tabletop incense burner of the Xuande era had grown into large statuesque vessels and sculptures decorating palace halls.

10. Cloisonné enamelware is also found in Japan, with much of the inspiration drawn from their counterparts in China.